World Premix is a dynamic company that plays an active role in pig farming worldwide. If you want to stay up to date with the latest developments, read more about news at World Premix here.

Maurice Goossens is embarking on his greatest adventure as a new face at World Premix. His task is to introduce international pig farmers to World Premix's products and business coaching. And China will be his priority.

For years now, Maurice Goossens has been dreaming of a career in international pig farming. So when the opportunity presented itself, and after some reflection, he seized his chance. He will be joining the World Premix team on 1 August, with a focus on establishing the business in China.

Impressive CV
Maurice Goossens has built up an impressive CV and network in both Dutch and international pig farming. He started out as an employee on a sow farm, after which he worked in the piglet trade and feed industry. Nearly ten years ago, he came into contact with Danish Genetics, which he introduced to the Netherlands in collaboration with Henk van der Steijn and others. Last autumn, however, after many successful years, he and Henk withdrew their shares in Danish Genetics.

Maurice Goossens will now continue to work with Henk van der Steijn at World Premix. ‘I know World Premix as being an honest company with experienced people in their field. They like to do business with people they trust, and this trust is reflected in the close-knit team, who I really admire. If we're able to help each other, we'll do exactly that. We sometimes even help out in the barn,’ says Maurice, referring to World Premix's sow farm in Ysselsteyn.

Upping their game
Maurice will start his international adventure at World Premix this summer. His main task is to help international pig farmers – in particular Chinese pig farmers – to up their game by providing the right premixes and business coaching. ‘Above all, this is a huge opportunity for me. Right from the beginning, I’ll be tasked with realizing our ambitions in China, a country that holds enormous potential for us.’ China is approximately 240 times the size of the Netherlands and is home to 1.4 billion people. The average person in China eats 65 kilograms of meat per year, the vast majority of which is pork. Half of the global pig stock is in China.

Maurice will showcase the strength of World Premix to the Chinese market. ‘In the Netherlands, Steijn Voeders was our way of showing the benefits of combining effective premix with tailored business coaching. World Premix's impact in Chinese pig farming will be even greater, because we'll be starting from a less prominent position. On average, Chinese pig farmers wean 23 to 24 piglets per sow.’

Feed and management
Maurice thinks that Dutch pig farmers are aware of all Western genetics. ‘Our biggest challenge now is to utilize animals’ genetic potential by providing the right feed and ensuring correct management. These last two aspects are where World Premix stands out,’ says Maurice.

Maurice's ambition is to integrate as much as possible into China, which is why he wants to work primarily with local partners. He will look to combine this strength with their specific products and knowledge. However, a big advantage is that he always has the support of World Premix's pig farm, which regular receives international guests for business coaching. ‘This shows the unique market position of World Premix.’ 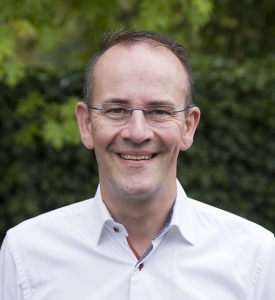 Curious to know what we can do for your business? Team World Premix – known for the highest milk production in sows – is at your service to answer your questions and to inform you about possibilities at the CAHE exhibition in Wuhan,...

The new website www.worldpremix.com is live! In recent months, we have been working on a design and content that are right for World Premix